"I will honor Christmas in my heart and try to keep it all the year."

This year we aren't sending them. This move threw us for more than a loop; we got the whole roller coaster on replay! Which, I suppose I must add, is all my fault and my most hair-brained idea...yet!

So this year, I'm sending this. A Christmas Blog. Funny, but I'm OK with it. I can reach so many more people. YOU for starters. I don't have the addresses of EVERYONE I know virtually. The blog-sphere is HUGE. As in WORLD-huge. I like that.

So here's my Christmas card to YOU:

May you hold your loved ones close this season, physically, spiritually or virtually.

May you look around you and see people, places and things you can be THANKFUL for. Name them, every. single. one.

May you pause on Christmas day and remember WHY it's there.

On Christmas Eve, go outside. It doesn't matter the weather. Look up. Can you see the stars? Yes? No? It doesn't matter. Think about it: the STARS are there, whether you can see them or not. They aren't going anywhere. And that means there's still a chance for you. There's still a reason for your being here. Don't give up on YOU.

I know I haven't been the most consistent of bloggers but I've decided to sign off until January. Peace is what I need. Peace and focus for the coming year. Have a BLESSED and JOYOUS Christmas, Friends. Know that you are LOVED and you are SPECIAL. Know that there is NOTHING you can't do if you are willing to WORK hard for it. Have a wonderful holiday season!! I look forward to hearing all about YOUR adventures and your GOALS for the New Year.

Merry Christmas, Happy Holidays, Happy New Year and, as cheesy as it may sound,
"God bless us, every one." 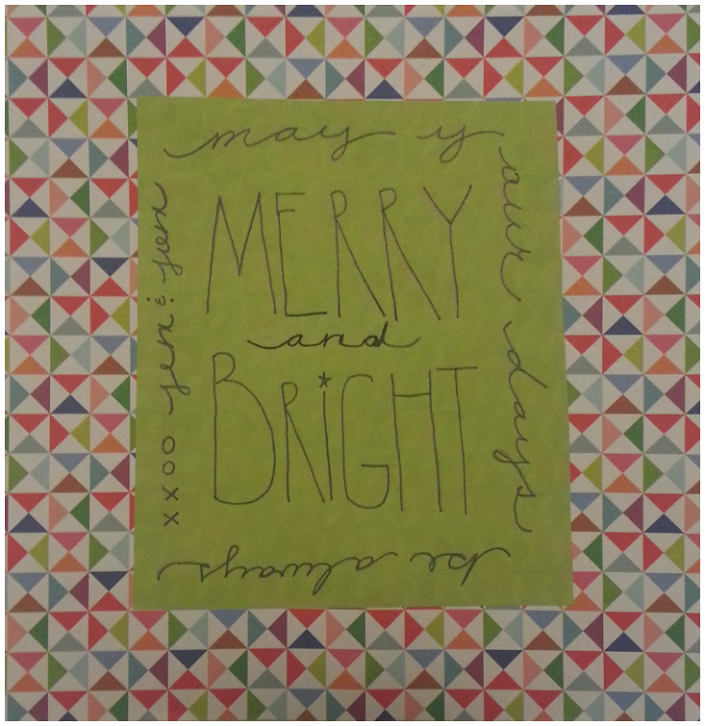 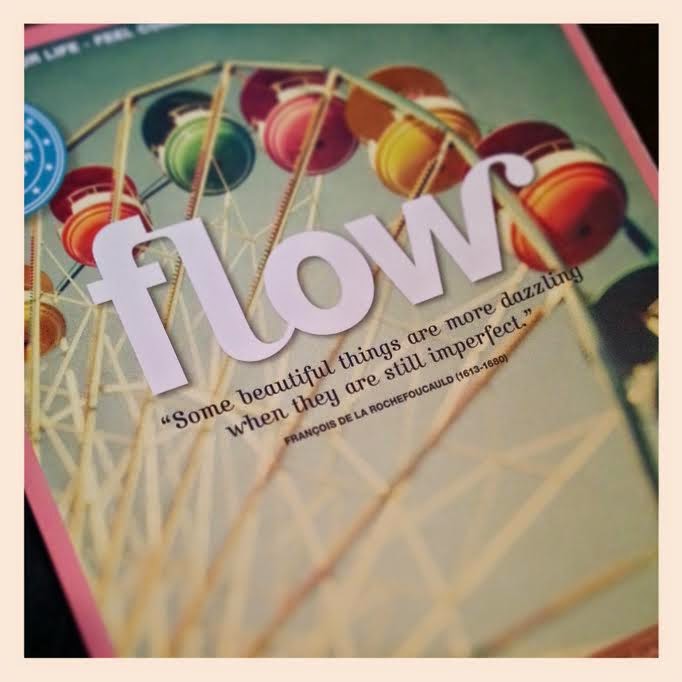 I recently bought an absolutely gorgeous magazine called Flow. It's published in the Netherlands and - through the magic of random international magazine sections at one big-named bookstore chain - comes to me from a land far, far away.

Filled with little extras like origami papers and lovely app-only content it's one of a growing number of print publications that gives the reader lovely little things along with gorgeous photos and interesting stories.

(On a side note, pretty much all of the magazines I've found that are chock full of extras are from Europe. What does that tell you about the American print media mindset?)

One of these lovely extras was The Little Gratefulness Diary. It's a simple booklet that grants its owner space to record what they are thankful about for the next twenty-nine weeks.

Twenty-nine weeks will take me well into 2015. What say we conduct an experiment? What if I give this 'thankful everyday' a chance? See if mindful thanksgiving really does change how you think about life and those people and place and things (all the lovely nouns) around you.

Here's to being thankful every day.

Have YOU ever kept a gratefulness journal? If so, how did it CHANGE your way of thinking? What are YOU thankful for this holiday season?

PS: Thank you to ALL the amazing comments from the readers of my Insecure Writer's Support Group post. I appreciate every single one of them and, though I'm slow in making my reading rounds, I'll repay the kindness as soon as I can! <3 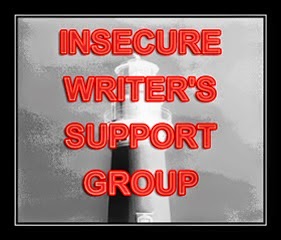 I'm going to be perfectly honest with you all: I have no idea what to post! I'm not feeling particularly insecure, despite the fact I epically failed NaNo last month. Nor am I feeling dazzlingly inspirational or clever in the realm of writing wisdom. No "rah rah rah" cheering, no cut-and-paste from Quote Garden.

If I had to place specific words or phrases to how I'm feeling this IWSG Day, I'd go with "left out" and "confused". You see, there's always been this writing-shaped hole in my soul. I simply can't not write. And yet, I don't. Confused? Here, maybe this is a better way of explaining it. I've written stories since I was old enough to string words together into intelligible sentences. I have no less than 60 (yes, SIXTY) book ideas in various stages of completion - most of them are nothing more than a few sentences of summary. They are all there, waiting, pleading, beckoning with siren song.

And I turn away.

I cringe at the thought of turning on my computer (or I did before my computer died [RIP HP laptop]) and it takes every ounce of brain power I can conjure to type more than a couple of pages before I exhale loudly, pat myself on the back for "putting in my time" at the computer and gleefully log off and bury myself in someone else's written world.

It's not Writer's Block.

It's apathy and I'm ashamed to admit it.

Have you ever been there? Have you ever simultaneously feared writing and NOT writing? Have you ever shrugged your shoulders and thought, "Meh. Why write anyway?" This hasn't been a recent development; it's been ongoing for many, many, many years. I do really well when I'm being lorded over by a professor, a deadline and a grade point average. Left to my own deadlines and desires, however, I am found lacking and severely wanting. I stick my head and heart into the words of others and pine away for my own stories peaking out from shelves, file folders and tote bags. It's an aching of creator seeking creation and a bridge between the two.

Argh! I'm not even sure if this post is right for the IWSG. Maybe I'd be better off if I only had one idea at a time. A friend of mine tells me all the time how she envies the fact I have multiple stories rolling around in my head. Oh, don't envy! It's like having multiple personalities all vying for your utmost attention. So I turn them all away and stick my head in ink and paper.

Tell me, is there an app that can open up my brain, vacuum it out, and start over? A re-boot creativity button? Maybe I've read too many science fiction novels.

Sorry for the less than cheery post today. On top of all of this internal turmoil, AND the fact we're still living out of cardboard boxes, we just got some less than excellent news. I'm a great big floundering mess, aren't I?

Where's my Battle Droid? I need to blast something...

Happy December? I trust November treated you well. Thanksgiving here was a quiet affair. Odd, really: it was just The Husband and me (and the cat but he slept the whole day so he doesn't count). It was the first Thanksgiving I've ever spent away from "home" - and by home I mean back in the metro-Atlanta area where my entire family lives.

It wasn't bad, though. We woke up late, watched the Macy's Parade (two versions of it) and the dog show. My dog never wins but there's always next year, right? Let's hear it for the Irish Wolfhound fans out there!

It was cold, however, and we walked in the park dressed in coats and boots. No, there wasn't snow or freezing rain, but for south Georgia, it was cold. Then we warmed ourselves by the fire (aka The Radiator) and ate a fine meal cooked by the two of us. First Thanksgiving in Savannah. Kind of cool, actually!

In other news, I failed EPICALLY at NaNo this year. 12,000 words. Yep. That's it. Congratulations to everyone who WON!! It's a huge accomplishment! I've won in years past and I know how much commitment and sacrifice goes into winning at a 50,000 words-in-a-month challenge. Treat yourselves! You deserve it.

Oh, and my computer died! Yep, five years and it finally gave up the ghost. Kaput. Gone. I haven't tried re-re-rebooting it. I'm kind of done with it. True, there is a file of pictures on there that never made it to Dropbox or my external hard drive. There are also three or four documents that weren't saved anywhere other than my desk top. But I'll be honest with you: I don't know what was in them. I know what stories they were, but I don't know what I wrote. Which tells me it wasn't that important.

Today we spent the afternoon at the beach. December 01 and we were walking around in the sand, getting our feet wet with freezing cold water, collecting shells and discussing what to do about a Christmas tree. Kind of crazy, really, when you think about it. I'm sure in ten years it will be commonplace but right now it's new. All new and exciting.

The tree was bought, my first ever artificial one. It's hobbit-sized and therefore named Frodo. Yes, we name our trees. Alphabetically. This year was "F", in case you were wondering :). And, thanks to a fabulous shop display downtown giving me the idea, we have a book village around said artificial hobbit-sized tree. 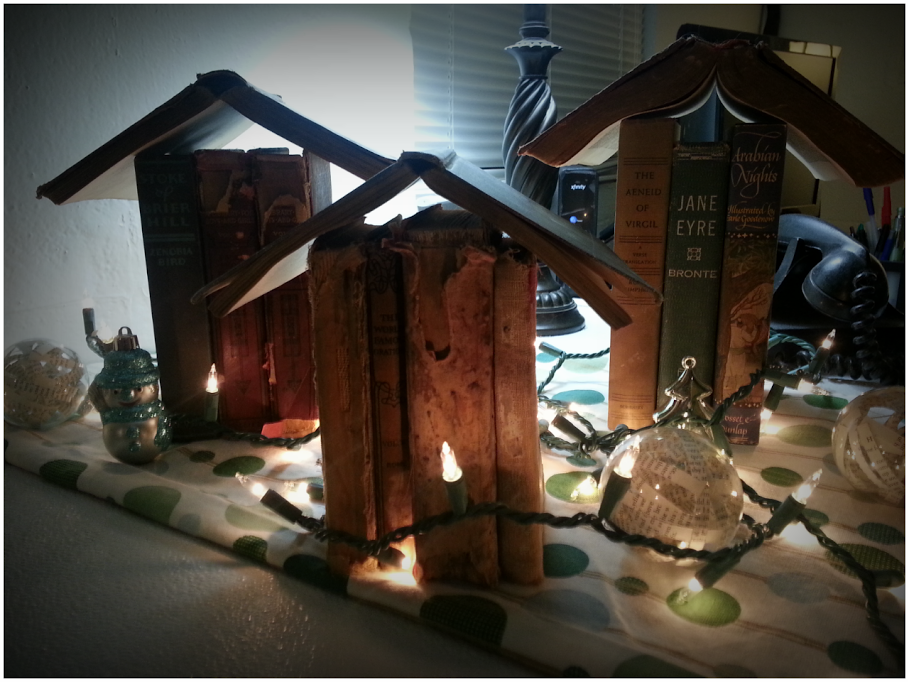 This is the old part of town. See the crumbling spines? 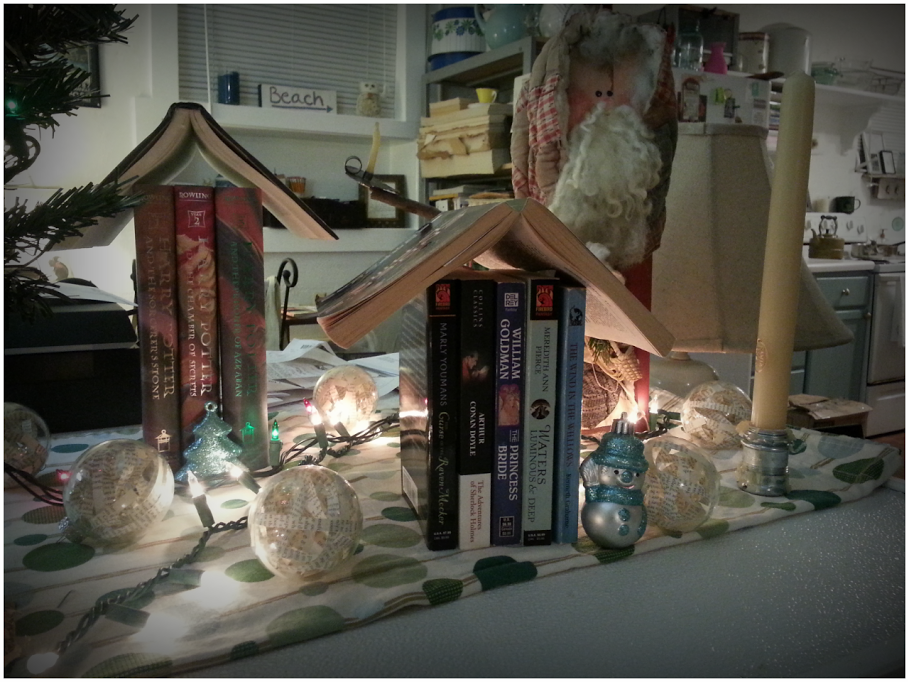 Here's the new part of town. And yes, those are Harry Potter books being used as decor! 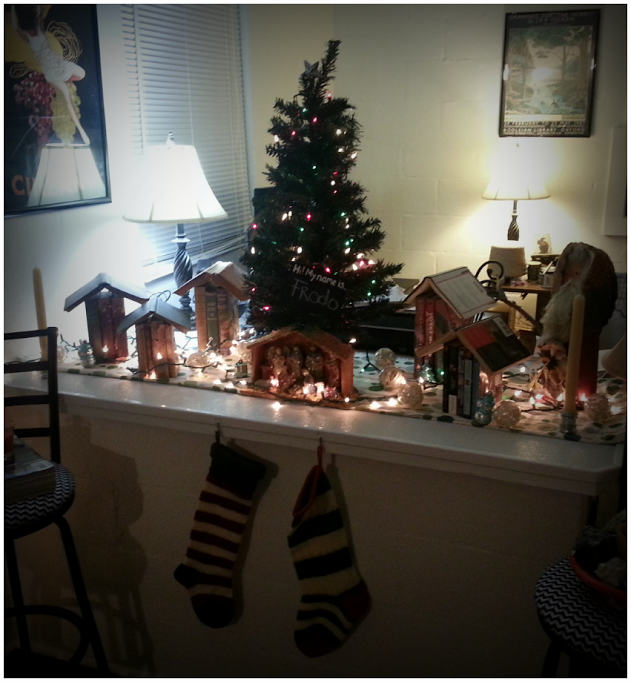 The whole shebang! When you live in a Tiny House, your tree and stockings get displayed on the bar.

Not much else to report at the present. I do hope everyone in the States had a wonderful Thanksgiving! Get some rest you NaNos! And please bear with me as I replace my computer. My husband has been kind enough to let me use his epic monstrosity of a Mac. It's quite an adaption, being a PC gal, but I'll make do.

I will admit, it's nice to see my blog space in such hi-definition! Who knew a 24 inch screen could bring such delight?

P.S. TBR Tuesday will be back next week :) I thought the whole hobbit-tree-beach-going-in-December was enough for one post :P xo 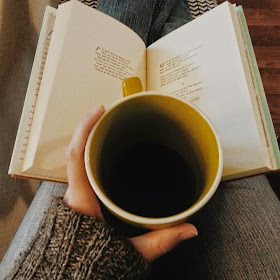 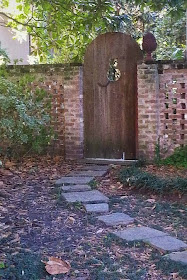 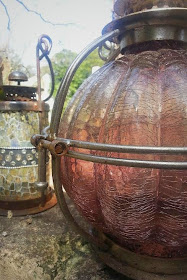 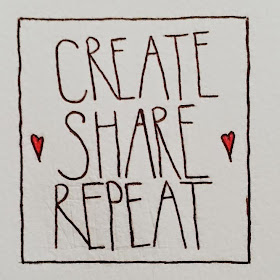 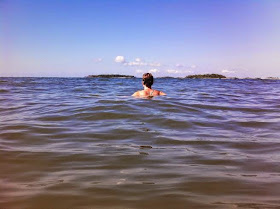 (e)Post: receive The Cup & Page in your inbox

All words, projects and images (unless otherwise noted or glaringly obvious) belong to Jennifer Chandler and are protected under copyright and the sheer, commonsense notion that she who creates it, owns it. * Don't steal. * It's not nice.

If you wish to use something, shoot me an email. I'll be happy to talk to you about it.